Once upon a time, there was a mom who read the entirety of Go Diaper Free before her second son's birth. She bought the mats, the potty cozies, printed out charts, and practiced her p's and q's (they sounded like “pssss” and “mmmmm”). And once upon a time, that beautiful baby boy was born, and that mama suddenly realized she had TWO tiny humans to care for. Despite being so well-prepared, she just couldn't seem to manage full-time EC with the effortlessness of her friends (or her own imagination).

Once upon a time, that mom was me. I was so proud of my new-found EC knowledge, so committed to doing everything “the right way”, I was sure my second child would ease out of diapers by 12 months and be a walking testament to my amazing parenting well before his second birthday.

Now, you seasoned mamas knows just what happens when we starting thinking like that.

My darling second-born didn't follow the pattern of my firstborn. At. ALL.

He sat up late (hold a heavy 6-mo over a sink while healing from pelvic prolapse, anyone?), crawled late, and didn't even try standing til 14 months (so much for my mobile testimony). He didn't say a single word. (Was that C in EC for “communication”?) He was often quite happy playing by himself (a blessing in most cases, I realize), and felt no need to relay to me, by verbal means or otherwise, his elimination (mis)adventures.

(Pottytunities is defined as “a natural potty opportunity”. I learned this playful term and got my real kick-start into real-life EC through the Potty Time Master MiniCourse.)

With an older brother who also needed my attention, I came to rely on elements in our existing routine to trigger a potty opportunity for my younger (EC Lesson 1). Combined with his silent need-to-poo signal (I'd sense a shift in the room's energy, and look at him, to see him looking back with those “uh-oh Mom, it's coming” eyes), our catch rate increased and as he moved toward comfortably walking. I could almost taste my diaper-freedom. And then.

It's not that Number Three was unwanted. He was just rather...unexpected. I was so darn sick, I could barely get off the couch the entire first trimester. Any energy I had was prioritized, and EC took the bottom rung of that ladder. I felt myself slipping into self-pity as the pile of wet diapers increased daily. “Oh!” I lamented, “now my toddler won't be out of diapers until he's TWO!” (Ahem. Reality check, my dear: that's still over a year before the norm, not to mention he was completely comfortable with pottying and the mentality of diapers as a tool, not toilet, which is miles ahead of where his brother was at that age!)

That's when it occurred to me to use what I had (EC and Life Lesson 2). I didn't have the energy to watch for Number Two's non-verbal cues, let alone whisk him to a potty if I miraculously noticed something. I did, however, have the energy to lift him to and from his crib at nap/bedtime, and to/from his highchair at mealtimes.

THIS. This is what we'd use.

I put the mini potty around the corner from our kitchen table, in view of the couch. After a meal, since I was already picking him up out of the chair, instead of putting him on the floor and grieving that I kept missing signals, I put, him on the potty. And then I laid down on the couch and pretended not to watch him. (On days he had the fidgets, I put him on the seat reducer. ) In one week (that's 21+ meals, after all, of practice), he was pooping on the potty. Every. Single. Time. We regained our 100% poop catch, and he learned a valuable routine piece he still incorporates today of his own volition.

As soon as the nausea lessened and I had a wee bit more energy (Lesson 3: this was not my initial plan, but we adjusted and went with the flow!), I set aside a weekend and walked him through the Tiny Potty Training process. He sailed through, then floundered when clothing entered the mix. Isadora (from the TPT videos) and Bear (Trainers) helped him master the Great Pant Push-Down in terms of mechanics, but something in his developmental journey wasn't yet ready to take ownership of the clothing portion when he felt the urge to void his bladder while away from me. (Lesson 4: your journey might not look exactly like someone else's, and that's ok). It took a few months of relying more on pottytunities and stressing less about wet pants. (Lesson 5: pee is sterile, and cotton rocks. If you catch the pee accident immediately, simply rinse your trainers/pants, and hang to dry or lay on your floor's heat vent for a free dryer cycle. Re-use.)

Then, all of a sudden, he started running to the potty on his own and handling his clothing like a pro. He actually refused my help because he had this; he was a big boy, and he was going to do it by himself! I can't even remember exactly when everything finally clicked; it just flowed along with life. (Lesson 6: The EC – and parenting - journey is like that: one day all you can see is trees, then all of a sudden, you say, “wow, look, it's a forest!”)

Have you done EC while pregnant? What are your best tips? 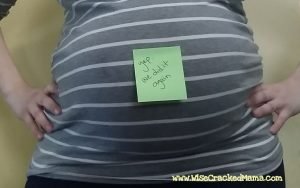 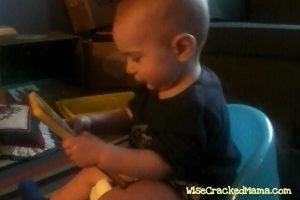 Why Bother to EC a Non-Verbal Kid? 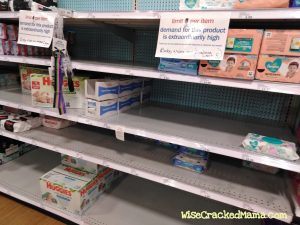